Zacusca is a traditional Romanian spread, usually prepared in the late summer after the eggplants and red bell peppers harvest. To preserve zacusca, Romanian housewives pour it into glass jars and store it over the winter in the pantry or in the cellar.

Zacusa Recipe – The Most Delicious Spread

The spread is traditionally made with eggplants and bell peppers, but there are other variations with mushrooms or even fish. Zacuscă is the Romanian term for this addictive spread, but in other parts of the Balkans, some use the term zakuska to refer to this delicious autumn spread.

Now that I’ve raised your curiosity, let’s get to the Romanian zacuscă recipe, the original one, passed on from generation to generation. Ready to make some zacuscă? Let’s get to the zacusca recipe. 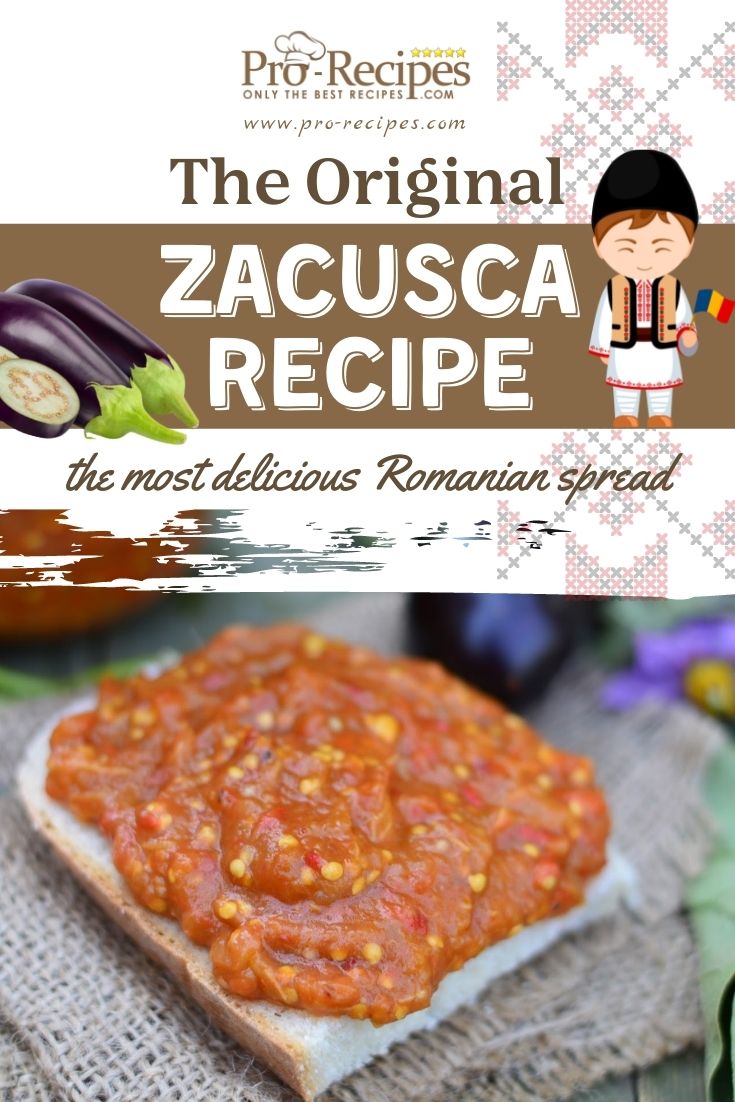 Pro-Recipes.com is a participant in the Amazon Services LLC Associates Program, an affiliate advertising program designed to provide a means for sites to earn advertising fees by advertising and linking to amazon.com. As an Amazon Associate, I earn from qualifying purchases. The earnings are at no additional cost to you.