Make delicious spicy hash browns with sour cream sauce by following this simple recipe. Indeed, hash browns don’t have to be plain and boring. The hash browns recipe below is full of flavor due to the hot paprika and cheddar cheese added to the potato hashes.

Plus, it comes with a light and refreshing sour cream sauce that goes perfectly with the spicy hash browns. If you love hash browns, you will definitely love this recipe here. 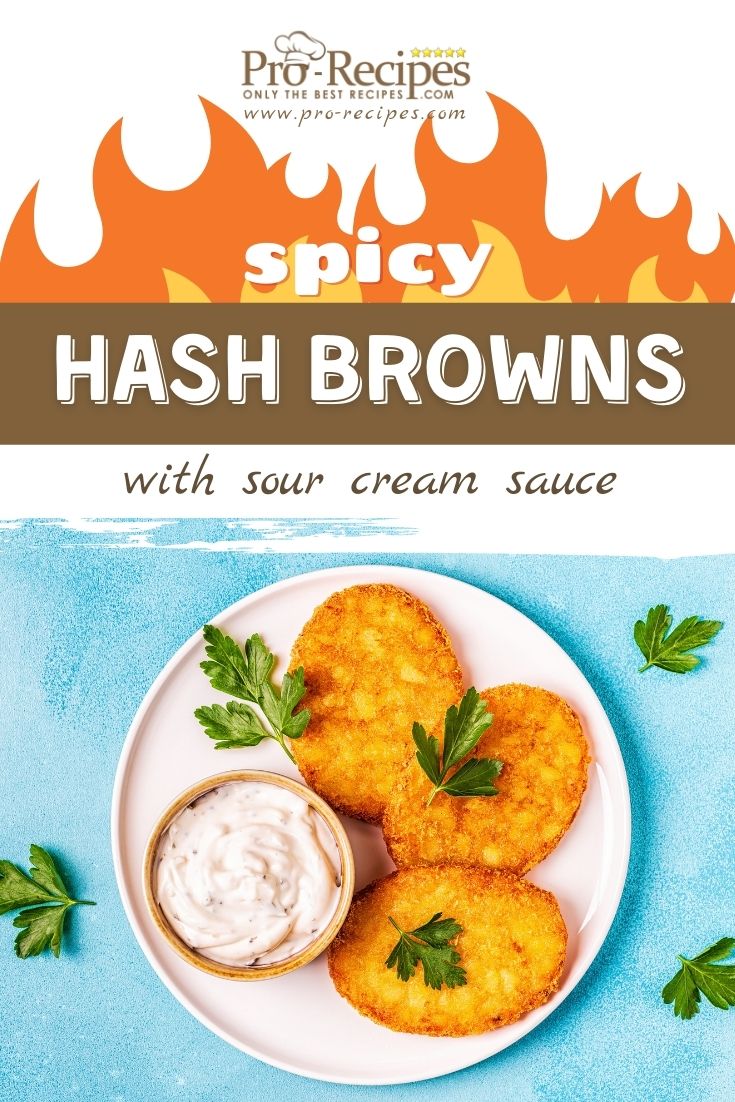